Cat toys are an essential part of the necessary cat supplies

Sep 15, 2021 by Walfinds-Excavate The Best Cat Toys For Bored Cats

As a conscientious cat owner, you should buy a lot of toys or often play with your cats. Every time you see the cats carefully swinging their bodies up and down with the cat stick, and dancing their two front feet, the cat slaves must feel that it is real Too healing; but, do you know? For cats, games are not only to pass the time but also have a more important meaning~

First of all, cats are natural hunters. In the past, they used to catch birds and rabbits in the wild. But now they are kept at home. Although they can’t hunt, cats can play hunting through games. A role-playing game with prey, and learn hunting skills from the game. 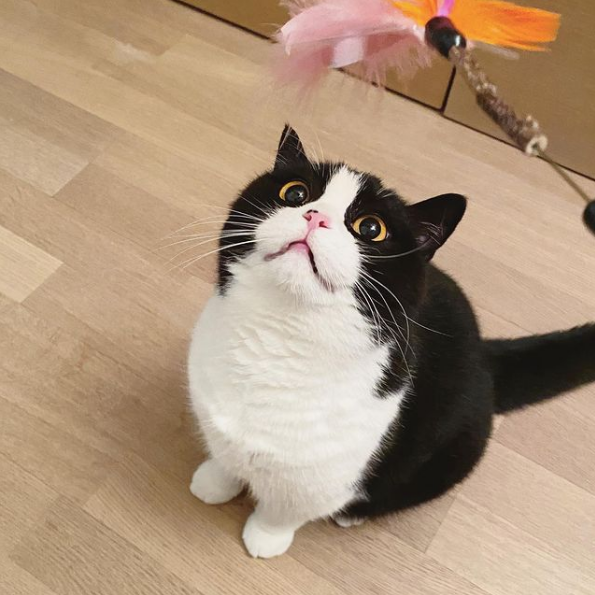 Cats are also very clever animals and will incorporate daily activities into their own games; if you have arranged catwalks for cats, let them climb up and down, or jump and run, in addition to allowing them to strengthen their hunting skills, they also Allow cats to practice training physical coordination and control their own strength through continuous games.

Don't look at the cat playing with the cat stick as if it's just for fun~ For the cat, the cat stick is also training yourself to chase and hunt; of course, it can also strengthen the coordination between his muscles and body.

Cats who are kept at home all day will inevitably be in a bad mood because they have nothing to do. Through games, they can release their energy and pressure, and they can also prevent cats from overstepping or rushing because of too much pressure. In addition, If the cat is at home, lack of exercise may also cause the cat to become obese. Therefore, let the cat play more games and exercise more to avoid obesity. Of course, it can also reduce the probability of the cat getting sick~~ In addition to being overweight, it is easy to get sick. You can also pay attention to the cat’s behavior and understand the signs of illness~